‘Government is not reason; it is not eloquent; it is force. Like fire, it is a dangerous servant and a fearful master. Experience has taught us that it is much easier to prevent an enemy from posting themselves than it is to dislodge them after they have got possession, and when the freedom of speech is taken away then dumb and silent we may be led, like sheep to the slaughter. “– George Washington

TIME FOR A REALITY CHECK: After people (possibly members of Antifa, infiltrating along with patriots–who knows?) from the otherwise peaceful and Constitutional gathering of patriots in D.C., were led by paid-off officers into the Capitol, Facebook, Instagram, Snapchat and Twitter locked down President Trump’s accounts.

These Big Tech commies censored him, they stole the exercise of free speech from the President of the United States. They ignored the First Amendment. It is mind-boggling how many duped Americans think this is okay.

If you do not agree with the President, or anyone, fine, don’t listen to them. Go somewhere else, listen to someone else. But there is no ethical, moral, or constitutional reason to prevent the free exercise of speech. No one said you must believe what is written or spoken.

They have also purged Sidney Powell and Lin Wood, along with 60,000 other patriot accounts in this first wave of the Purge.

These CCP-funded traitorous platforms censored the president hundreds of times since Nov 3, before shutting him down altogether. Not once have they censored the enemies of freedom, Pelosi, Cuomo, Biden or Harris, et cetera. Just look at that from a logical perspective.

If you censor and silence one side, but not the other, then you do not have free speech.

Already our enemies have stolen or trampled many of our liberties. Before taking the seat of power. Now they have labeled Patriots as terrorists.

The hypocrisy is alarming.

If they are terrorists, what about all the riots perpetrated against peaceful citizens throughout 2020? BLM and Antifa assaulted our cities for months. No mention of their terrorism. In fact, our enemies applauded them, condoned their actions and blamed Trump. They have sown the seeds of discord, and blamed Trump.

They pummeled democracy and blamed Trump, claiming him as the threat to democracy. But who has been trampling on our civil liberties for the past 10 months? Tyrannical governors, empowered by corrupt officials.

Following the death of Mr. Floyd, the media fanned flames of racism, and promoted mob violence for months. Rioters attacked police, civilians defending their homes, and robbed stores with impunity. Media condoned it all. Not one Dem-Soc called to end the mindless violence. And yet, these same Dem-Soc’s are now condemning American patriots, calling them terrorists, with Dick Durban issuing a proclamation for a bill he tried passing earlier, to label patriot gatherings as domestic terrorism. They blamed Trump for the riots (which they called ‘peaceful protests’), alleging he incited racism and division. Now they blame him for the Capitol violence. And yet the only violence was perpetrated by Antifa and police.

Hmm, police shoot a man and the nation loses its mind. Police shoot a woman and nothing is mentioned? Patriots have not perpetrated violence over poor Ashli Babbott. Hardly any mention of her on the ‘news’. This is pure double standard and hypocrisy.

If you want to understand what exactly our enemies were doing through Floyd and the riots and BLM, read Manning Johnson’s Color, Communism, and Common Sense. This black man became disillusioned with America in the ‘30’s. So he joined the Communists. Following 10 dreadful years under their oppression, he realized the truth, and left the party.

He knew then. Find out the truth now–from a black man’s own heart.

They locked down our cities and businesses in the name of a fictional virus, devastating the economy, and then claimed capitalism doesn’t work. (Can you explain why a business with 10 people in it should be closed, but a chain store filled with 200 people is somehow safer?)

This is what communists do. They destroy. They accuse the democratically elected leader of the very crimes they have committed. How often have the fake news networks claimed Trump was destroying democracy, when their every effort destroys small businesses and stomps on our rights?

Benjamin Franklin warned against the dangers of censorship, and of the vitalness of free speech:

‘Freedom of speech is a principal pillar of a free government; when this support is taken away, the constitution of a free society is dissolved, and tyranny is erected on its ruins. Republics and limited monarchies derive their strength and vigor from a popular examination into the action of the magistrates.’

Indeed, what do we the people seek but a free and fair examination into the action of our magistrates, particularly Pelosi and the courts and electors?

‘Freedom of speech is the great bulwark of liberty; they prosper and die together: And it (free speech) is the terror of traitors and oppressors, and a barrier against them. It produces excellent writers, and encourages men of fine genius. Benjamin Franklin

There’s the rub: Freedom of speech, which supplies an opposing viewpoint to propaganda, terrifies the enemies of our republic. That is why they so desperately strive now to prevent President Trump from exercising his First Amendment rights. They are terrified he will unite patriots against traitors.

Our enemies would rather have all of us duped, rather than only half.

They are desperately working to impeach and perp-walk Trump out of office. With only days allegedly left, what is their hurry? Why are they working overtime to silence and destroy him? Pelosi even overstepped her bounds by contacting the military and ‘ordering’ them not to let Trump do anything.

He is the Commander in Chief.

They are afraid. He knows truths. He has evidence of their corruption and betrayal of the American people. Pelosi, shut your scrag mouth. YOU DO NOT SPEAK FOR THE AMERICAN PEOPLE.

Listen, I have studied American history. I have studied world history, specifically oppressive regimes. I am familiar with the tactics of communism and totalitarian dictators.

Unfortunately, many of our citizens are ignorant of American history. They are ignorant of the history of tyranny. In their oversight they have allowed Big Tech and Commucrats to corrupt their minds with propaganda, until now many Americans have been brainwashed. They fail to observe the profound assault on free speech when suppression is exercised against our sitting president. They have been told what to believe, what to think, who to worship and who to crucify, and they give no thought to any of it. They just accept it. 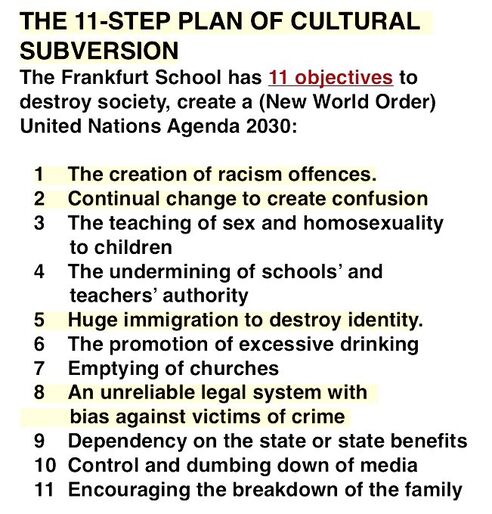 That is how regimes gain a foothold in republics. Those duped Americans are, frankly, collaborators.

So what are Patriots to do?

We unite in patriotism. First, do not support their oppressive propaganda machines. Close your accounts with Facebook, Twitter, Snapchat, all of them. These Big Tech platforms were hijacked by the CCP, and they now work to destroy our civil liberties. Do you think their censorship will stop with Trump? No, that is just how it begins. Soon they censor anything the state wishes to silence. No one will be exempt from oppression.

We got along fine for millennia without socialism platforms and smart (tracking) phones. These techs allow Big Tech to learn everything about you, which tells them how to brainwash you.

You do not need them.

You do not need social media. Socialize with family and friends IRL, F2F, through phone, Zoom, text, email, webcam. You can do all that without suppression or exposure to their communist propaganda.

You can be free to think and believe as your conscience and liberty’s God directs you.

Our help comes from the Lord, the Maker of heaven and earth. The Lord always prefers mercy to wrath. But if a nation remains unrepentant, He gives that people over to their enemies. Jesus Christ is the answer, yesterday, today and forever. Repent, America, and see the salvation of the Lord. Repent and pray!

‘Government is not reason; it is not eloquent; it is force. Like fire, it is a dangerous servant and a fearful master. Experience has taught us that it is much easier to prevent an enemy from posting themselves than it is to dislodge them after they have got possession, and when the freedom of speech is taken away then dumb and silent we may be led, like sheep to the slaughter. – George Washington